Samsung have just confirmed that their ‘premium’ SyncMaster XL2370 Full HD LED monitor, which is ideally suited to gaming not least due to boasting a response time of just 2ms and which, incidentally, hit the Japanese market back in August, is now, at last, gaining a wider roll out.

Lets hope Samsung hurry up and release the XL2370 in UK! 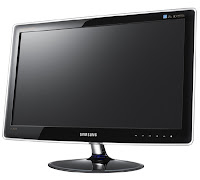